Pyoderma is a bacterial skin infection that causes a number of unpleasant symptoms, ranging from itchy skin and scratching to pustules and hair loss. While cats can develop pyoderma, dogs are particularly susceptible to it. If you see any of the signs of pyoderma in your pet, it is time to contact the closest vet hospital serving the San Jose, Bay Area to set up an appointment. Here are some facts about pyoderma that every dog owner should be aware of.

The symptoms of pyoderma are usually very noticeable to dog owners. The most obvious signs include visible rashes or scabs on your dog’s skin, persistent scratching, patches of lost hair, and an unpleasant odor.

Some dogs are more vulnerable to develop pyoderma than others are. German shepherds are particularly susceptible to contracting pyoderma, as are dogs with skin folds such as boxers. However, any dog can develop pyoderma, so you should never ignore the symptoms.

It is normal to have some bacteria on the skin—but it is not normal when it turns into an infection. Usually, pyoderma is caused by a health issue such as a staph infection. This means that pyoderma itself is not contagious—your dog can’t catch it from another dog. However, the cause of your dog’s pyoderma may be contagious.

Puppies have not yet built up the level of immunity that adult dogs have, so they are even more vulnerable to pyoderma. You should always contact your veterinarian in Campbell or Saratoga if you notice bumps or redness that refuse to go away.

If your veterinarian diagnoses your pet with pyoderma, treatment will generally involve addressing the underlying cause. Usually, your pet’s pyoderma can be treated with special shampoos or antibiotics. Most of the time, dogs do not develop pyoderma more than once in their lifetime.

Reed Animal Hospital offers dermatology and personalized skincare solutions for dogs and cats in the Campbell and Saratoga areas. Contact us today if your pet is exhibiting symptoms that could indicate a skin condition. 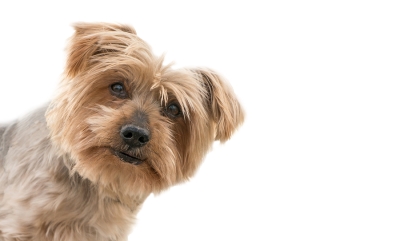 If your pet is very old or ill, you may be considering euthanasia. It can be a rough decision to make, and it’s certainly a solemn time in a pet…

Does your older dog seem stiff lately? The good news is that advances in the care of our pets are allowing them to lead longer lives. Unfortunately,…